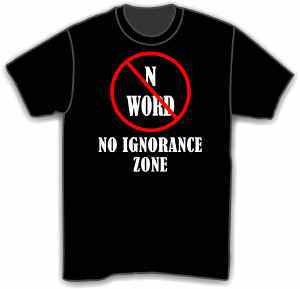 Last week I led a seminar for a group of high school English teachers on how to teach racially sensitive (or racially charged) literature. Many were teaching The Adventures of Huckleberry Finn, which uses the n-word 231 times. In their school district, the book is “restricted,” meaning they cannot teach it without going through mandatory sensitivity training because parents have challenged it so often.

I can’t tell you the number of teachers who came up to me during breaks and after the seminar who were worried about being a white teacher teaching racially charged material. They were nervous about raising the issues of race or dealing with students of color’s emotional responses.

When conversations about race relations come into the English classroom, it can be challenging because it isn’t a history class. We want to look at the story themes, rhetorical devices, and other literary conventions. It’s tempting for some students (and the teacher) to distance themselves from the structural racism in the text — the realities of unearned privilege and unearned disadvantage — through the comforting neutrality of simplistic clichés like “slavery was bad.”

The reality is you have got to have a plan. Here is a five point action plan to help you create the right conditions for presenting and teaching challenged books in a culturally responsible way. (The post is a bit long but worth it).

Cultivate your “distress free authority” to teach the text.

In order to successfully facilitate the discussion of racially sensitive literature, it is important for you to have what John Heron, author of The Complete Facilitator’s Handbook, calls “distress free authority.”   Distress free authority means that you recognize not only your right, but your responsibility to confidently help your students navigate the text.

Decide how you will handle offensive language and racially-charged passages.

Put the novel in historical context.

It is important when teaching racially-sensitive literature to put it into historical context. It is easy for us to judge older literary texts by current day standards.

Show students how to read the text with a critical literacy lens.

Often the texts are more complex then that and students need to have tools for critical analysis so that they are able to recognize not only explicit racism but also implicit bias and what the author is trying to say (or fails to say) about them.

It is important to provide students with companion texts to read before or along with a racially sensitive novel. Companion texts can offer another perspective that can illuminate the themes in the novel or provide a more holistic picture of the social, political or economic conditions in the novel.

Enabling texts on the other hand play a more supportive role by offering students of color a more empowering view of characters of color as resilient, resistant, resourceful and humane. According to Dr. Alfred Tatum, an enabling text offers validation of experience and instructive insight rather than be disempowering like a racially-charged novel that uses the n-word.