Four Things to Definitely Do in Black History Month

In the last post I offered five things to stop doing during Black History Month.  Even though we are more than half way through the February, there’s still time to use this month to deepen cultural responsiveness in both your content and practice.

Here are four things that will not only highlight Black history but will strengthen those critical analysis skills which the Common Core Standards highlight.

1.    Begin with student voice and experience.  Rather than use Black History Month to throw a lot of obscure factoids at students about famous firsts, let them take the lead.  Students, even in early grades, are very observant about society’s unspoken contract with race, class and gender.

Find out what’s on their mind and how they are making sense of our society’s growing diversity.  Then use their words and points of view to anchor lessons.  Student voice roots lessons in relevance.

Check out Jade Cho of Youth Speaks sharing her truth about heroes and holidays.

2.    Educate students about the socio-political context. We usually treat Black History Month as a time to celebrate rather than validate.  Some believe it’s all about racial pride or building up self-esteem. Too often the disconnection and lack of trust in our classroom communities flow out of our failure to acknowledge the racialized society we live in and what some students experience day-to-day.

It’s important to make the distinction between affirming and validating.  Affirmation is about celebrating individual cultural traits that have traditionally been viewed as negative – how we look, how we speak, or how we act.  It’s about reframing – like black is beautiful rather than bad or ugly.  Girl power vs. being the weaker sex.  You get the point.

On the other hand, validation is the process of acknowledging society’s efforts to marginalize and minimize the full participation of people of color through structural rather than personal means.

There is disproportionality in society that often gets explained away or denied.  Use this as an opportunity to acknowledge students’ reality. Let them know they are not crazy or imagining things.

Begin by locating your lesson with “the socio-political context” – an understanding of how our racialized society shapes opportunity, how economic conditions shape employment options, and how inequalities in resources across neighborhoods shape the health and wellness of a community.

Do note.  This isn’t about blaming or shaming white people. Rather than try to have the “let’s all get along” race talk, leverage what we are learning about things like environmental racism, food deserts and redlining in communities of color as a way to ground lessons in current reality.  Be prepared to explain and illustrate the difference between a racialized society and a racist society.

Where to start?  Rethinking Schools offers math, science, and social studies curriculum around many of these topics.  Use tools like Glenn Singleton’s Courageous Conversation protocol to help bring some structure to these conversations.  Try the Socratic seminar method as a way to raise the quality of the conversation.

3.    Do highlight the role other communities of color play in Black History.  For example, did you know that there’s a 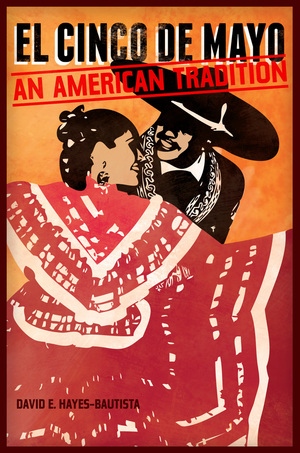 connection between Cinco de Mayo and the Civil War? Yep. Latino scholar, David E. Hayes-Bautista in his book, El Cinco De Mayo: An American Tradition, highlights the support California Mexican-Americans gave to those fighting for equality in the Civil War or that Africans have deep roots in Mexico, Peru and Nicaragua, going back to the 1500s?  Black historian, Henry Louis Gates documents that long history in his PBS series, Blacks in Latin America. Check out this timeline of Africans in Latin America.

Given our increasing diversity as a society, it’s hard not to have our histories intersect, and it’s important to lift that up for students to see.

4.    Introduce complex descriptions of key figures in history.   Too often we present historical events and figures as one dimensional – all good or all bad.  But we know people are more complex.  For example, the Smithsonian’s Paradox of

Jefferson in Front of Memorial Wall for Slaves of Monticello

Liberty exhibit attempts to tell the complex story of Monticello, the home of founding father Thomas Jefferson as a place of innovation and excellence through craftsmanship as well as a place of oppression and the brutality of slavery.

Think of MLK. Dr. King was committed to civil rights, but was also fiercely opposed to the U.S.’s increased involvement the Vietnam War in the 1960s.  Many people who supported King’s civil rights work were not thrilled about his position on corporate greed.  Have students compare King’s early speeches to his later ones to get a more complete picture of who he was.

This process of examining the complexity of a person or event helps students practice the four thinking dispositions – distinctions (how are things different), relationship (how are things the same), system (how are things connected), and perspective (what are the possible ways to understand this thing) that Dr. Cabrera, author of Thinking at Every Desk calls critical in order for a student to take on more rigorous content in the classroom.

These four to-do’s are just the tip of the iceberg. There are a myriad of other things we can do in our classrooms to validate in authentic and productive ways in February and everyday throughout the year.  Of course, that raises the question:  do we need Black History Month at all?

That’s a post for another day, but here’s some food for thought from two white educators (by way of Jose Vilson a Black/Latino educator) who make a case for why they don’t single out Black history during the year, but instead integrate it into their primary curriculum.  To each his own.

How do you elevate or integrate Black History?