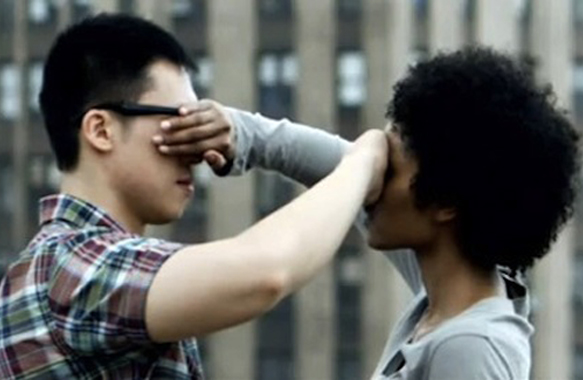 I will never forget my first experience with implicit bias as an undergraduate at University of California, Berkeley. I had turned in my first in-class writing assignment in Medieval Literature. I loved the topic of courtly love and whatnot. The professor was an older White man and nice enough. There were no other people of color in the class, but I shined that on. I was excited to be reading these literary classics. I got my assignment back and his comment at the bottom was, “actually this is quite good.” I was stunned. Actually? Clearly he had a different expectation of my knowledge and skill, a lower expectation. I couldn’t believe that he put that thought in writing. That’s implicit bias in action.

While on Spring break this past week, I thought a lot about implicit bias. That’s when I remembered my professor’s micro-aggression. The topic of implicit bias is so complex and emotionally messy that it’s tempting to just want to gloss right over it jump to culturally responsive lesson planning and instructional strategies. But an important part of being culturally responsive is the ability to build trusting relationships with diverse students and to validate their experiences. If you are genuinely validating them then that means you don’t trivialize bias. That means as culturally responsive educators we educate ourselves about implicit bias – how it operates and what we can do to interrupt it.

In Part I, we looked at how the Department of Justice’s findings on the culture and climate in Ferguson city government. It exposed a pattern of explicit racism and implicit bias. Naming and exposing these patterns is part of recognizing the effects of structural racialization. This is the first step in interrupting unconscious bias.

In Part II, I explained what’s going on in our brains when our amygdala gets triggered. We learned that the amygdala has been unconsciously programmed with subtle messages aimed at dehumanizing the “other” – be it people of color, women and girls, or immigrants. Because it’s passed off as “joking,” we let these messages into our subconscious.  That why they are so hard to get rid of.

The $64,000 question we are trying to answer now is – how do we stop implicit biases if they are unconscious? It’s a good question because it turns out that even if we call ourselves social justice educators, implicit bias gets triggered because of our hidden beliefs. Interesting three-year study done by Dr. Stephanie Jones at the University of Georgia documented the experiences of student teachers who self-identified as social justice or anti-racist educators but when actually in physical proximity of a diverse group (especially when they were in the minority) they experienced classic signs of implicit bias – irrational nervousness, anxiety, and fear – when they were in no immediate danger.

The Good News! – Implicit biases are not permanent.

According to folks studying implicit bias change or “de-biasing” as they call it, our biases are not permanent; they are malleable and can be changed by re-programming our brains and creating new “cognitive habits.” The catch is using the right strategies.

I know over the past two decades, in education there have been a lot of equity focused trainings and workshops to address issues of racism and implicit bias. Some are helpful; some are really harmful. So, before sharing what seems to work, I want to say a few words about what doesn’t work and why.

There are three common approaches I’ve seen schools try in an effort to address implicit bias in the classroom. Research backs up their ineffectiveness.

This only triggers the brain’s amygdala, reinforcing unconscious biases around people of color being “out of control”    or “violent”. The presence of stress, anger, and negative emotions without proper processing leads people to shut down.

Neuroscience tells us why this strategy hasn’t been successful. The brain has what they call confirmation bias.  Without new beliefs, data simply leads to a person interpreting information in a way that confirms his preconception. So when students of color end up at the bottom of the achievement scale, many teachers say, “See…their parents  don’t value education,” or “they don’t apply any effort.” The data simply confirms implicit bias rather than interrupts it.

One of the nation’s leading implicit bias scholars, Patricia Devine of the University of Wisconsin, compares implicit bias to habits that, with intention and practice, can be broken. Her research has found that three conditions need to be in place for individuals to successfully “de-bias”:

Devine and her colleagues developed a “multi-faceted prejudice habit-breaking” intervention that lasted eight weeks. Participants were given a “toolkit” of five strategies, and asked to practice at least three (3) of them consistently on a weekly basis.

Here are four of them:

It’s important to point out that interrupting implicit bias requires self-motivation. That’s why it’s nearly impossible to “make” someone confront his biases. As coaches, parents, or teachers, we may see a teacher behaving in ways that are biased, but we can’t make him change. He has to want to change. Or, we have to help that person experience a shift in consciousness by helping him entertain different interpretations of students’ behavior or learning moves.

Interrupting implicit biases is a complex work. I’ve only scratched the surface here.  More in the future.

What’s been your experience with interrupting implicit biases – yours or another’s?