How to Approach Testing Season as a Culturally Responsive Educator 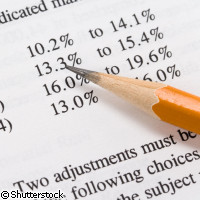 It’s testing season again.  Much of my work with teachers has slowed down because they’ve turned their attention to getting ready to administer the state achievement test.

Even in my house, we are not immune to the realities of testing season.

Recently, a notice came from school reminding me that testing is coming.  When I reminded my 10th grader of the changes to the school schedule because of testing this week, she asked me if she could opt out of it this year. Of course, I said no and that it was her civic duty as a teenager. Kind of like my civic duty to vote.

She rolled her eyes and asked why do they have to take these tests anyway.  I mumbled something about tracking the achievement gap and equity.  She informed me that that answer wasn’t very satisfying.

Despite her resistance and touch of anxiety about the test, I am not worried about her performance. She’s is a good thinker and has deep knowledge, but her response gave me pause.

I wondered about those students of color who have not developed a strong learner identity or those who have internalized the low expectations others have for them.  Then there are those students that feel like imposters when teachers hold very high expectations for them and they struggle.

Turns out these issues are part of an important variable in a testing situation according years of research done in classrooms, from college to elementary school. They call it stereotype threat.

As culturally responsive educators, we can’t change the test, but we can influence students’ frame of mind going into it.  We can’t forget the social context of intellectual function.

The Brain on Stereotype Threat:  Racing and Overloaded

Stanford researcher Claude Steele, in his book Whistling Vivaldi, says when students of color come into a testing situation worried that their performance

will confirm the belief that “black kids aren’t that smart” or  “English learners can’t do higher order thinking,” it depresses their performance.  These subconscious thoughts about social identity distract the student from the cognitive task and compromises his ability to focus and apply mental effort.

It’s hard not to feel judged by standardized tests.

This threat of judgment triggers a level of anxiety which is often unrecognized by the student.  It raises blood pressure and floods the brain with stress hormones.  Cortisol begins to divert blood from from the prefrontal cortex  where working memory and decision making (executive function) take place.  Adrenaline makes the heart race. Then thinking gets fuzzy, letting self- doubt creep in and making it hard to choose between answer A or answer B.

It’s like in sports when a player gets nervous and hesitates in the big game.  He chokes.  He misses the shot or fumbles the ball because he has psyched himself out.   There are a number of ways stereotype threat might get in the way of our best efforts when being tested.

Helping Students Keep Their Head in the Game

So what can we do to help students vulnerable to stereotype threat keep their heads in the game, so to speak?

Here are three things that I found helped kids keep the right perspective going into a testing situation.

Reframe the test’s relevance.  Rather than tell them not to worry about the test, simply tell them it’s a checkpoint on the road to graduation (or the next grade).

Downplay the test’s importance.  Yes, I know this might feel counterintuitive, but in reality, standardized tests aren’t important to students’ grades.  They need to know that.  Again, this position doesn’t reduce its relevance, but reduces the sense of judgment that students may associate with testing.

Take an inquiry stance with the student.  Teachers and parents are sometimes worried that downplaying the test’s importance will mean students don’t take it seriously and will pencil in happy faces all over the answer sheet.

Then give them a purpose.  The learning brain shifts into high gear when it has a purpose.

Help students see testing as a learning opportunity.  Take an inquiry stance.  That means, having students ask a question about their own learning going into the test: What do you want to know about how well you know your multiplication tables?  How well did you improve your reading speed?

After the test, students can note their observations about their own performance and turn them into learning goals.  Think of it as watching the game tape after the big game, analyzing your moves and deciding what you’ll do differently next time.

As culturally responsive educators who understand the socio-political context of education, we know that test results are not the end all and be all of student achievement.  We have to support students to put testing in its proper place.

This test season is another opportunity for us to walk our talk.