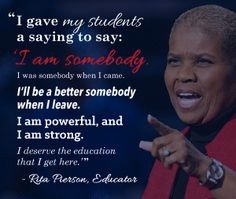 This is the second in a series of a six part series on setting up the school year to be more culturally responsive.

Conventional wisdom then tells us that the next step is establishing rules, norms, and routines so that there’s order in the classroom.

But when teaching for cultural responsiveness, I believe the activation of a strong counter narrative is the second thing that should happen in the first six weeks of school.

We all know a narrative is just another name for a story.  There are two types of stories in operation is society.  First there is the dominant culture’s master narrative.  This is the explanatory story society tells as to why things are the way they are. It’s the national myths like “America is the land of opportunity” that we a all grow up hearing and believe even when we know its true in reality.  It spins a story about why some people experience social and economic advantages and why others are disadvantaged. It sells us on the idea of being a meritocracy while playing down the impact of racialization and implicit bias. There are explicit negative stories about certain groups of people such as “Those people don’t care about education.” (Fill in the blank about who “those people” are).

Think of it like the movie, The Matrix. For rebels Morpheus and Neo, they are helping others see the real world (the counter-narrative) over the master narrative that programs the Matrix.

[Here is a quick aside.  If you don’t believe there is a master narrative in operation that maintains the racialization of our society that gives some unearned advantages while giving others unearned disadvantage than you cannot successfully practice cultural responsiveness.]

Why is this important during the first six weeks of school?  Because the story we as teachers tell ourselves about who our students are and what they are capable of will guide our instructional decision-making for the rest of the year.  For students, their personal narratives or explanatory story is the foundation of each one’s academic mindset.

The culturally responsive teacher recognizes that in the tradition of many culturally diverse students learning happens through story.  Identity building and culture are passed along using story, retelling it as fables, myths, and proverbs.  Education is full of negative master narratives about culturally and linguistically diverse students that we adults don’t always realize we pass along.

For students, we give them only two choices when we promote a master narrative centered around a “less than” story:  Either resist it (and you in the process) or accept it and let it become a self-fulfilling prophecy.

Either way doesn’t lead to higher academic achievement.  It leads to disproportionate discipline practices because we label their resistance to this master narrative as “defiance.”  On the other hand, those students that accept the story develop a fixed mindset because they believe they can’t learn at high levels or can take on rigorous content.

Let’s not get it twisted.  A counter narrative isn’t just about hyping kids up on platitudes and positive thinking.  And they are not just cheerleading chants.  Telling them to work hard or be nice is not a counter narrative. Those are directions about how to behave, not affirmations of who you are as a person of color.

So, here are three things we can do to help students cultivate a positive counter-narrative.

1.    Take the lead on challenging the master narrative from the front of the room.

In the media, we hear messages about “those kids” and their abilities all the time.  The culturally responsive educator takes the lead on deconstructing master narratives around certain students. There are a number of these memes floating around:

When we hear these statements repeated as if they are true, we have to stop and challenge their validity and accuracy.  Challenge by checking the assumptions behind the statement or asking for evidence to support that.  In a matter-of-fact way, you will want to offer students strong evidence and several examples that discredit or invalidate a particular statement.

Recent Twitter changes offer an example of folks challenging the master narratives.  The Twitter hashtag  #IfTheyGunnedMeDown.  The hashtag exposes the narrative the media continues to spin regarding the criminality of young Black men.  They are sharing pictures that show them in causal settings with hoodies or throwing up a sign that are often taken out of context in the mainstream media and juxtapose them with pictures showing them as scholars at graduation or in suit and tie while out handling their business.

In a similar way the hashtag #NotYourAsianSidekick brought together thousands to challenge Asian-American racial and gender stereotypes.

The other part of naming and noticing is drawing students’ attention to their learner identities, how they have grown as learners, and their natural gifts in the classroom, such as word play or the ability to make connections between different experiences or to make inferences.  We call this perceptual bias. These are subtle skills that most students don’t have a name for and often think are that not important.

This part of noticing and naming is a critical practice for culturally responsive teachers.  It activates the brain’s reticular activating system or RAS.  The RAS is the brain’s 24-hour search engine that looks for events and experiences that confirm what is being named and noticed.   When it finds them, it literally rewires its neural pathways to make permanent brain circuits that “hold” our story and use it to guide our actions and behaviors in everyday life.

Use questions and prompts like these to notice and name:

In addition to what students say to themselves as part of noticing and naming, Alfred Tatum says texts can play a key role in the process.  He says the books students read (and the movies they watch) either promote the master narrative and are “disabling” to students of color or they can promote a counter narrative that is “enabling” in four important ways:

You can use these four characteristics  as a checklist for selecting books for classroom libraries.  Also consider using an enabling texts as companion text paired with  mainstream books mandated in the curriculum.  You can use them as mentor texts for writing as well.

So, how are you helping culturally and linguistically diverse students reframe their narratives?  What tools and techniques do you use at the start of the school year?