Why We Need a Framework for Culturally Responsive Teaching 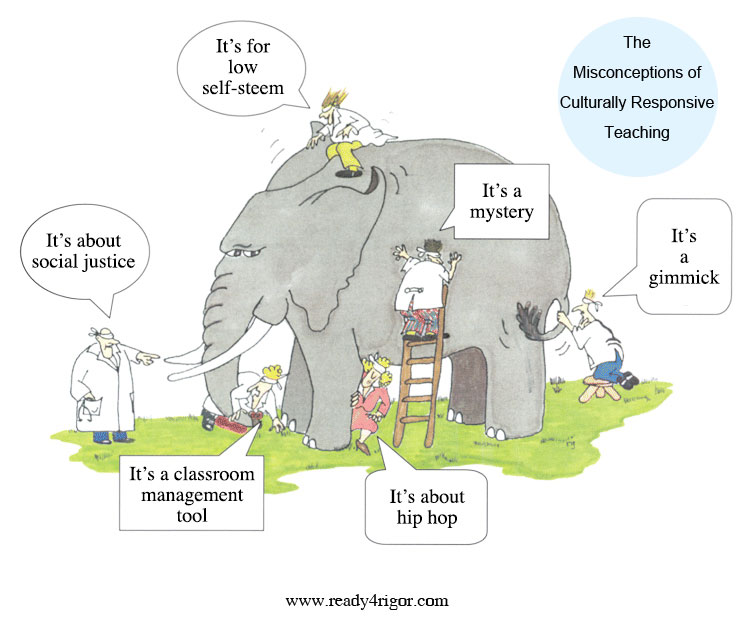 Just recently I lead a seminar for a group of instructional coaches and BTSA support providers and I asked them to define culturally responsive teaching. It’s usually how I start my workshops. Actually, I got them into groups of 5 and asked each group to draw me a picture of the process (Robert Marzano would call that a non-linguistic representation).

I ask them to do it because it gets at the mental models they are carrying around inside their heads about what they think it is.

More often than not, every group emphasizes a different aspect of culturally responsive teaching that is a mix of truth and misconceptions. It’s like the story of the king who asked six blind men to tell them what an elephant was like. One felt his tail and said it was like a rope. Another had hold of a big floppy ear and likened the elephant to a fan. And so it went.

Well, that’s pretty much what it’s like hearing folks talk about culturally responsive teaching. In reality it isn’t a set of best practices, but a process.

The Ready for Rigor Framework

I find what teachers (and instructional coaches) need is a framework for organizing the process. The Ready for Rigor frame takes the key elements of cultural responsiveness and organizes them into four practice areas. Unlike the individual part of the elephant that is mistaken for the whole, each area of the frame is interdependent with the others. The social-emotional and cognitive aspects of teaching and learning show up in each area. At its core is the neuroscience that unifies the frame: the brain’s reaction to living in a racialized world as well as how it programs itself using culture.

Then there is the inner circle with the four staple practices of every culturally responsive teacher.

Affirmation – noticing and naming the unique talents and gifts of each child, especially those culturally grounded ways of being and expressing oneself.

Validation – acknowledging to students through word or deed the impact of unearned disadvantage in a racialized society without guilt or excuses.

Instructional Conversation — talking with students regularly about their learning process in order to move them safely into their zone of proximal development.

“Wise” Feedback – providing students with wise feedback, what Claude Steele says is the anecdote to stereotype threat. It is corrective feedback that first affirms the student’s capacity to meet the goal or standard, tells him honestly where he missed the mark, gives him actionable steps to improve his learning, and helps him monitor his progress.

It Not Mysterious or Magic

There’s no magic to the Ready for Rigor frame and it’s not the only culturally responsive frame out there. The real point is that you have to have some type of framework to make culturally responsiveness operational. The art of cultural responsiveness lies in weaving together these four practices areas into a process that calms the brain and sets the stage for neuroplasticity where the brain can grow itself. 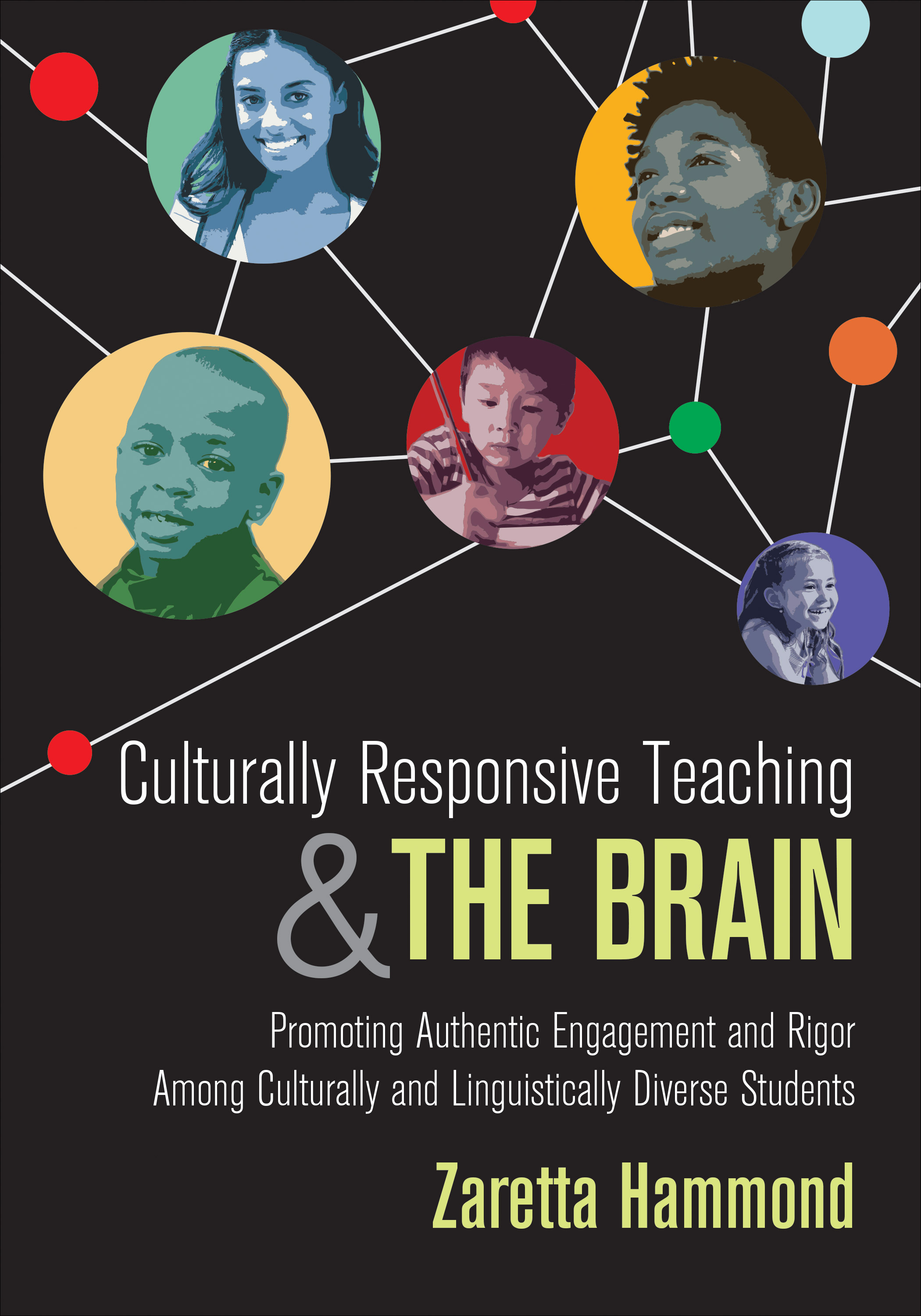 Learn more about how to operationalize the framework in my new book, Culturally Responsive Teaching and the Brain: Promoting Authentic Engagement and Rigor Among Culturally and Linguistically Diverse Students (Corwin, 2014).